We are now taking pre-orders for the new album by MARSICANS. It is called 'Ursa Major' and is released on May 22nd on CD, LP and special edition coloured vinyl. Fans who pre-order the album from us will have the option to gain access to one of the two album launch events at Leeds' Oporto on Friday May 22nd (the day of album release). Space is limited - pre-order early to avoid disappointment. One album / ticket order gains admission for one person: two orders for two people. There are PAPER tickets for this - they are to be collected with the album on release day before heading to the venue. We are not able to offer a ‘venue collect’ option for this one.

To preorder the album with entry to the earlier launch show with age limit 16+ (7.30pm):
Click here

To preorder the album with entry to the later launch show with age limit 18+ (9.30pm):
Click here


You can also preorder the album on all formats without entry to the launch gigs:
Click here 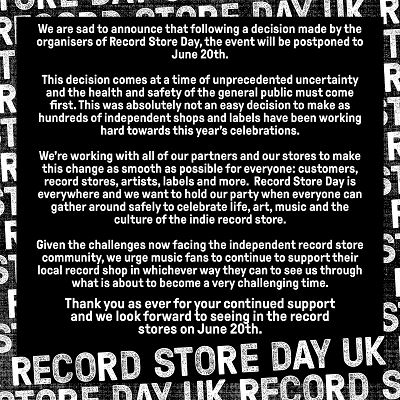