PJ Harvey's Rid of Me: A Story

Rid of Me joins Music From Big Pink by John Niven and Meat is Murder by Joe Pernice as one of three fictional titles in the 33 1/3 Series, and tells the story of Kathleen and Mary, two women who find themselves alone in a house in the middle of the dark, forbidden forest that borders their depressed valley town. Amidst a dramatic natural setting, they negotiate their freedom, their pasts, their survival, and each other. Rid of Me is a story of escape and desire, violence and gender, landscape, family, and memory. It's a twisted fairy tale, a queer dystopia/utopia, and a lyrical exploration of kidnapping, dreams, murder, sex, revenge, and love.

Kate Schatz's Rid of Me is at once a wholly original work of fiction and an innovative meditation on one writer's relationship to an album. The album in question is PJ Harvey's 1993 recording Rid of Me, a release noted again and again for its raw sound, dark lyrics, and unabashed presentation of female sexuality, desire, and rage. In her prologue, Schatz states that the book is "not about Rid of Me, but because of it" and the book's 14 chapters (one for each song on the album) use the lyrics, moods, images, and characters to create something entirely different, yet intimately connected to the music. 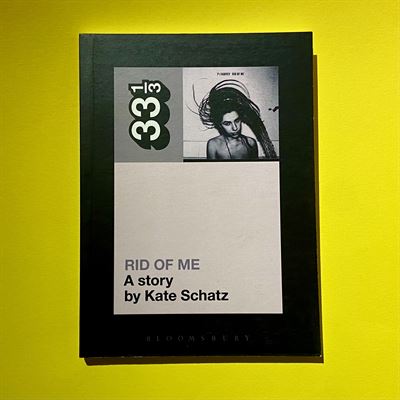