Devin Tuel may consider herself to be an artist meant for a different time, but she now finds herself inhabiting her own true place. The singer-songwriter is at home in Newburgh, NY reflecting on her third album, Happier Now, released under her nom de plume, Native Harrow, as well as the difficult sojourn the former ballerina and classically trained singer has had to traverse to become the writer and performer she was meant to be. Native Harrow cuts out clear and vibrant narratives on fear, love, the open road, ill-fated relationships, and coping with the state of the world.

Incredible new one on shop fave Loose Records. Imagine the blissful Canyon scene being channeled through gorgeous and often melancholy folk and groovy sunshine movers. This is a genuine gem that brings passionate lyricism together with some damn fine musicianship and vocals that 'mean it'. I fell for it by the second song! 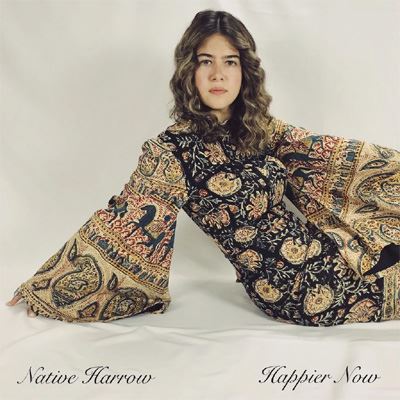