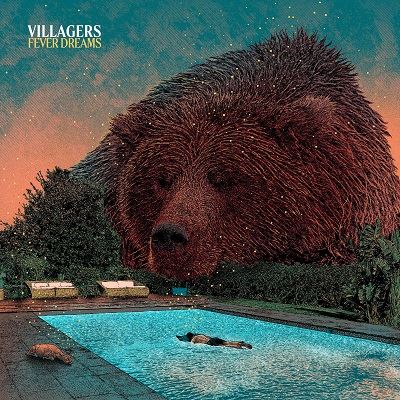 Villagers' fifth studio album. Escapism is a very necessary pursuit right now, and Fever Dreams follows it to mesmerising effect. It works like all the best records - it becomes a mode of transport; it picks you up from where you are and sets you down elsewhere. O’Brien says on the gestation of Fever Dreams: “I had an urge to write something that was as generous to the listener as it was to myself. Sometimes the most delirious states can produce the most ecstatic, euphoric and escapist dreams.” These are songs with the strange, melted shapes and the magical ambivalence of dreams. The intent of the songs is both mysterious and as clear as a bell. With Fever Dreams, there is a sense of a deepening mastery and an expanding reach by O’Brien. Inspiration for the album was found in many places and came in from all angles, from night swimming on a Dutch island to Flann O’Brien, Audre Lorde, David Lynch, L. S. Lowry via the library music of Piero Umiliani and Alessandro Alessandroni and jazz from Duke Ellington and Alice Coltrane. Written over the course of two years, the main bodies of the songs were recorded in a series of full-band studio sessions in late 2019 and early 2020. During the long, slow pandemic days, O’Brien refined them in his tiny home studio in Dublin, and the album was then mixed by David Wrench (Frank Ocean, The xx, FKA Twigs).

Another superb addition and glimpse into Villagers expansive, gorgeous universe. From delicate, deep and involving lyricism to a songwriting style that takes in jazz, indie and experimentation to produce a multi-layered repeat-listener! We love it!