Founder members Richard Talbot and Jamie Crossley with Duncan Meadows who joined in 2012 have steadily developed and refined a unique musical identity, evoking emotions from gracefully blending elements of dub, jazz, ambience and electronica within their richly melodic compositions. Marconi Union are probably best known internationally for ‘Weightless’, which was developed using scientific theory to make what has been claimed by others to be the most relaxing track in the world. With over 125 million streams, it has also earned the accolade of being named as one of the 'Best Inventions of the Year' by Time Magazine.

The group have previously played at a variety of festivals and events, notably Big Chill festival and Punkt! Festival in Norway, the latter at the invitation of Brian Eno.

Their infrequent live appearances are a swirling mixture of melodies, hypnotism, emotion and discord and are accompanied by film projections from art collective DOTCA.

Marconi Union in the media:

“Amongst today's most talented musicians” - The Sunday Times. 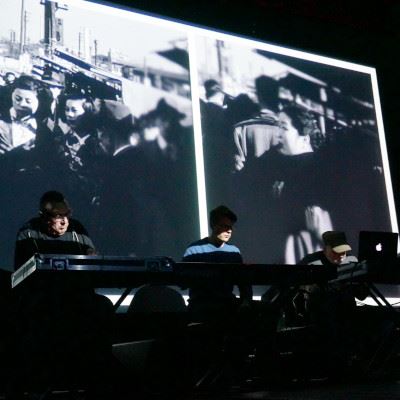