On August 23, Redd Kross invite you to explore Beyond the Door, an album inspired by the band's total commitment to having the best f*cking time we can have while we're all still here (what they like to call "the Party"). It's a rock and roll record and a celebration of everything brothers Jeff and Steven McDonald love, from cultures both high and low. Musically, it's guitars, bass, and drums topped with a generous portion of sweet vocal melodies often delivered with an ambiguous edge.

Jeff and Steven started making music together in southern California as Red Cross during the first wave of Los Angeles punk rock, famously cutting their teeth opening for Black Flag at a middle school graduation party. 2012's Researching the Blues, Redd Kross' Merge debut and first new record in over a decade, was met with critical acclaim and popular demand for reissues of their back catalog gems Teen Babes from Monsanto and Hot Issue.

Beyond the Door marks Redd Kross' most collaborative record to date. Steven describes this evolution: "Jeff is still very much the driving force behind the compositions, but with more help from me than ever. Jeff and I haven't shared this much of the writing and singing since Born Innocent in 1981." Guitarist Jason Shapiro and drummer Dale Crover (Melvins, OFF!) are longtime members of the Redd Kross live band, but this album marks the pair's recorded debut with the group. Mixed in Los Angeles by Steven McDonald, Beyond the Door includes notable guest appearances from Anna Waronker (That Dog), GereÌ Fennelly, Buzz Osborne (Melvins), and Josh Klinghoffer.

Setting the stage is album opener "The Party," a raucous cover of the Henry Mancini-penned title theme from a 1968 Blake Edwards film. The opening line of the song ("The party is groovy and everyone here loses control, yeah...") is the perfect declaration Redd Kross want to make - and they don't just mean some beer-guzzling teen hesher affair, either. The Redd Kross party is groovy, yeah... Just listen!

The last song recorded for the album, title track "Beyond the Door" is the most collaborative effort between Jeff and Steven to date. "I started the track as just a fun glitter romp, and during tracking, Jeff decided to take a stab at writing the vocal melody and lyrics. Seems like an obvious way to work, but we've never done it before," says Steven. "From that came a tale of childhood obsession with demonic possession nurtured on TV brain junk food and the golden age of rock and roll, 1971-73."

On the surface, the album title is a playful reference to an Italian horror film the McDonald brothers watched as children, a loose rip- off of both The Exorcist and Rosemary's Baby that stars Juliet Mills of 70s television program Nanny and the Professor. But like all things Redd Kross, it would be a sad injustice to stop digging there. No one knows what lies Beyond the Door... but we're all in front of it.

Inspirations as varied as K-pop, glitter gangs, embarrassed tweens, long-term relationships, a mysterious character named FantaÌstico Roberto, and much more all contributed to Beyond the Door, an album that lures the listener into Redd Kross' secret club full of riddles and inside jokes, with the ultimate reward of the perfect pop moment!

To the Party Underground... 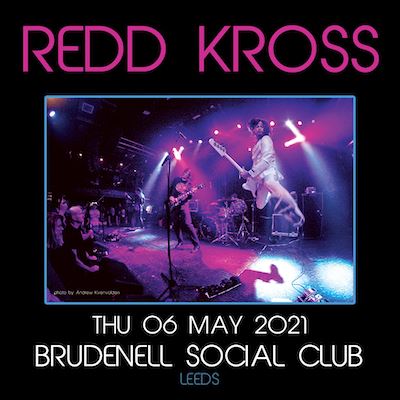 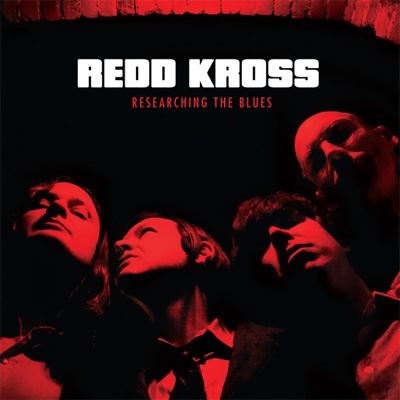