One of the most important bands of the second wave of U.K. punk, the U.K. Subs had been on the scene since the early days of British punk. But as the first wave of bands began to crumble, the U.K. Subs just got tougher and faster, and slowly rose to fame as many of their peers were burning out, finally breaking out in 1979. The group's signature sound was stripped-down and anthemic British punk tunes, not unlike the early Clash but with less gingerbread and a heavier attack, coupled with ranting vocals that merged anger with dark humor. U.K. Subs may have grown faster and leaner with the passage of time, and a heavy metal influence edged into their music in the '90s, but for folks who wanted their punk rock simple, forceful, and full of shout-along choruses, the band reliably delivered throughout a long and eventful career. If anything has been the U.K. Subs' trademark, it's longevity; vocalist and founder Charlie Harper has kept the group alive for over 40 years, and while more than 75 other people have gone in and out of the lineup over the years, he's kept the beery rabble-rousing spirit of the U.K. Subs alive and well on the road and in the studio.

Harper founded the U.K. Subs in 1976. He had previously been the lead singer with an R&B act called the Marauders (and held down a day job as a hair stylist), but after catching a show by the Damned, Harper decided punk rock was the future, and he formed a group called the Subversives. Harper teamed up with guitarist Nicky Garratt, bassist Steve Slack, and drummer Pete Davies to complete the first edition of the group, whose name was soon pared down to U.K. Subs. The band began making the rounds of the London club circuit, and earned the seal of approval from influential BBC disc jockey John Peel, who recorded two radio sessions with the band, one in 1977 and another in 1978. Despite their growing notoriety, it wasn't until 1979 that the group finally scored a record deal, with GEM Records signing the band and releasing their first studio album, Another Kind of Blues.

As many acts on the U.K. punk and new wave scene were either breaking up (the Sex Pistols, X-Ray Spex, Generation X) or going through creative transitions (the Clash, the Damned, Wire), the U.K. Subs proved there was still a lively audience for no-frills punk rock, and Another Kind of Blues became a surprise hit, rising to number 21 on the British charts. The group's second album, 1980's Brand New Age, fared even better, peaking at number 18, and a live set recorded at the Roxy in London in 1977 received a belated release from Stiff Records (without the band's input) as Live Kicks. The band responded by delivering an album drawn from more recorded live shows, 1980's Crash Course, which took the band to the Top Ten of the U.K. LP charts, making it to number eight. Their live attack was also documented in a short documentary by filmmaker Julien Temple, Punk Can Take It! The hard-working Subs introduced a third studio effort, Diminished Responsibility, in 1981, which became another chart success, reaching number 18 on the British listings.

By 1980, the band experienced its first major lineup change, when Davies fell ill and was replaced for a tour by Ian Tansley, and then by Steve Roberts. Davies would return and depart the U.K. Subs numerous times over the years, as would guitarist Nicky Garratt and bassist Paul Slack (as well as Slack's initial replacement, Alvin Gibbs). In 1982, the U.K. Subs jumped from GEM to NEMS Records, and their first album for the label, Endangered Species, didn't fare as well on the charts as their previous efforts. And while many British punk acts found indifferent audiences in the United States, the U.K. Subs' most successful albums were never even released in America until many years after the fact, though they staged their first North American tour in 1980.

However, none of this kept Charlie Harper down, and while the U.K. Subs' personnel would change on a regular basis from the mid-'80s onward (Lars Fredericksen of Rancid was briefly a member in the early '90s), the band continued to tour nonstop, playing in the U.K., Europe, and Japan on a regular basis, and occasionally making their way to the United States. Between studio efforts, live discs, and compilations of their back catalog, the band had literally dozens of albums to their credit when they issued 2016's Ziezo, which Harper declared would be the U.K. Subs' final studio album. However, Harper insisted that the band wasn't over despite that claim, and several months later, Friends and Relations appeared, which combined new music with rare archival material. Ziezo received a belated United States release in 2018 via Cleopatra Records. ~ Mark Deming (iTunes) 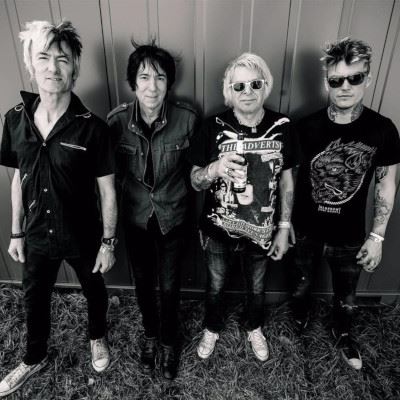 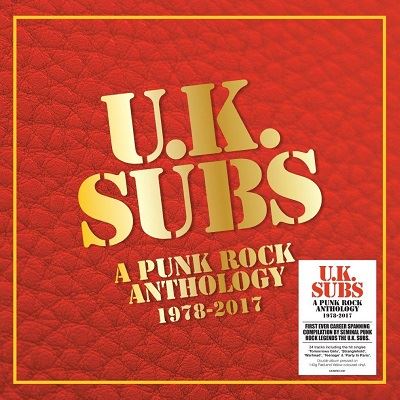 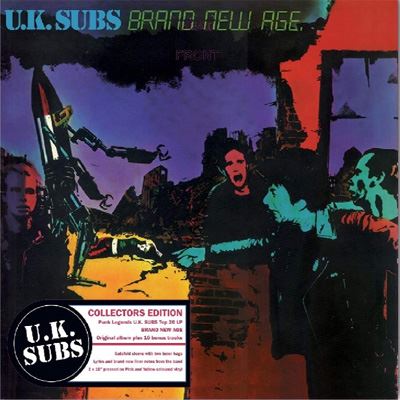