Combining both hard-hitting and ethereal guitar sounds with atmospheric soundscapes and pummeling percussion, Bossk are a U.K. post-metal outfit from Ashford, Kent. The band delivers a raucous mix of post-rock and sludge metal, most notably demonstrated on its 2016 album, Audio Noir. Made up of vocalist Sam Marsh, drummer Nick Corney, bass guitarist Tom Begley, and guitarists Rob Vaughan and Andrew Waghorn, the group formed in 2005 and put out its debut EP, 1, via QnotQ Records in 2006. Bossk went on to tour throughout the U.K. and Europe, appearing on lineups alongside other alternative metal and rock acts such as Baroness, Yndi Halda, and Cult of Luna. They followed up with their second EP, 2, via the London-based independent label Eyesofsound in 2007. The band promoted the effort on a U.K. tour with London metalcore act Devil Sold His Soul and a European tour with Cult of Luna. Vaughan and Corney departed Bossk in 2008. Once they were replaced, the band set out on tour again, this time with Dutch prog metal act Textures.

The fall of 2008 saw Bossk dissolve and the band bid farewell with several shows around the country. Just before the split, they released a video EP titled 3, which included live footage, as well as a box set containing all three EPs. Their final release was a split single with Essex metal band Rinoa in the summer of 2009. The members went on to form and contribute to other projects, with Vaughan and Corney forming the band Eddie Falco in 2011. Early 2012 saw the original members come back together, and they went on to record a live set at the BBC's Maida Vale studios, which was followed by a number of live shows around London and the South East. They spent the rest of the year writing and recording new material, and released the "Pick Up Artist" single via American indie label Deathwish Inc. in 2013. The following years saw another quiet period from Bossk, as the bandmembers decided to take their time in coming up with ideas for their first full-length LP, while sporadically touring throughout the U.K. and Europe. The Audio Noir LP was released via Deathwish Inc. in mid-2016, and to support the album the group embarked on another tour. ~ Rob Wacey 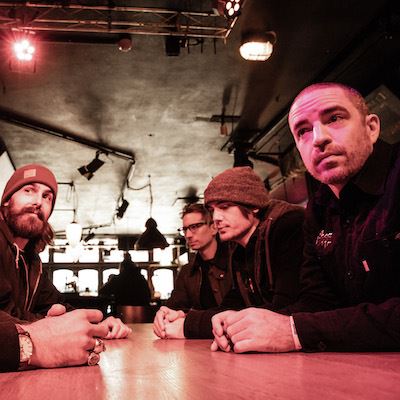