Legendary musician Bob Mould taps Jason Narducy to open the solo portion of his “Distortion and Blue Hearts!” tour starting October 15, 2021, in Bloomington, IL at Castle Theater. These solo dates are the second part of a tour that begins with his band — Narducy on bass and drummer Jon Wurster on September 16 at Paradise Rock Club in Boston. The full run of dates and locations are below.

Mould also marks the 10-year anniversary of his groundbreaking memoir See A Little Light: The Trail of Rage and Melody by sharing a video clip of him reading from the book and then performing solo ”Wishing Well” from his 1989 landmark album Workbook.

On top of that he shares a trailer for his fourth and final vinyl box Distortion: Live an 8 LP set that includes live recordings from Mould’s solo career and his band Sugar. This set will be released on July 16, 2021, through Demon Music Group.

Mould sees parallels between the memoir and the Distortion box sets:

“After three years of writing my 2011 autobiography, See A Little Light, I was ‘full speed ahead’ — no more looking back. But over the past few years, during the production of the Distortion reissue series, many of the people, places, and circumstances that fueled those albums came back to life. Oddly, I didn’t see that coming!

“As for today: the book is ten years old, I’m thrilled that 30 years of my work has been re-released in so many configurations, and I’m very grateful to be able to take these songs and stories to the stage later this year — and hopefully many years to come. As time marches on, I’m learning to embrace my past, enjoy the moment, and still have hopes and dreams for the future.”

As on the previously released box sets in the Distortion collection, the fourth volume sees each album being mastered by Jeff Lipton and Maria Rice at Peerless Mastering in Boston and is presented with brand new artwork designed by illustrator Simon Marchner and pressed on 140g clear vinyl with unique splatter effects. This box set includes 4 live albums: Live At The Cabaret Metro, 1989; the Sugar album The Joke Is Always On Us, Sometimes; LiveDog98 (first time on vinyl), and Live at ATP 2008 (first time on vinyl). In addition, the set includes a 28-page companion booklet featuring liner notes by journalist Keith Cameron; contributions from Bully’s Alicia Bognanno; rare photographs and memorabilia, and a bonus LP Distortion Plus: Live, which features live rarities including B-Sides and stand-out tracks from the Circle of Friends concert film.

Opening the “Solo Distortion” part of the tour is Jason Narducy who has been the bass player in Bob Mould’s band since 2005. The Evanston, IL-based musician first gained renown in 1982, when at 11 years old, he formed the seminal punk rock band Verböten with his childhood friends in an Evanston basement. Narducy would later go on to front Verbow, releasing three albums with the band (one in its earliest incarnation as Jason & Alison). Since his days in Verbow, Narducy has gone on to tour with such acts as Robert Pollard and Telekinesis. Today, along with playing bass for Mould he performs the same role in Superchunk, and fronts Split Single, with whom he’s recorded three albums with a rotating cast of stellar musicians, including Jon Wurster, Spoon’s Britt Daniel, R.E.M.’s Mike Mills, and Wilco’s John Stirratt. Split Single’s new album, Amplificado, is out June 25th 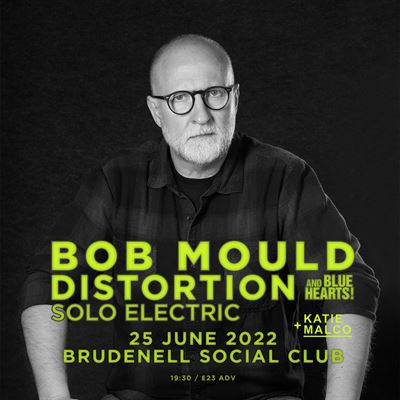 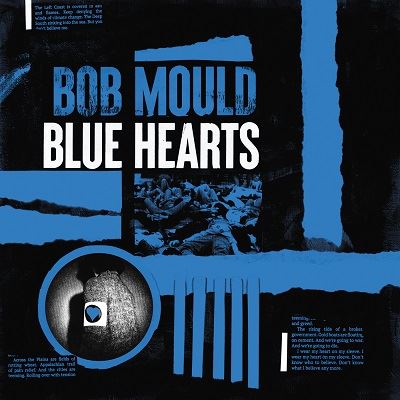 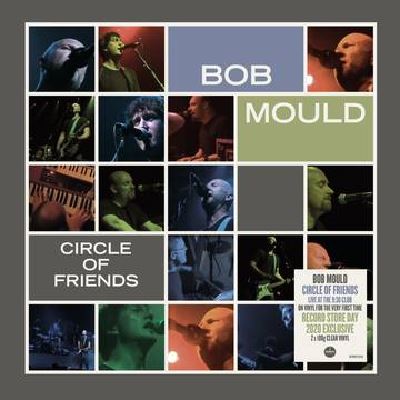